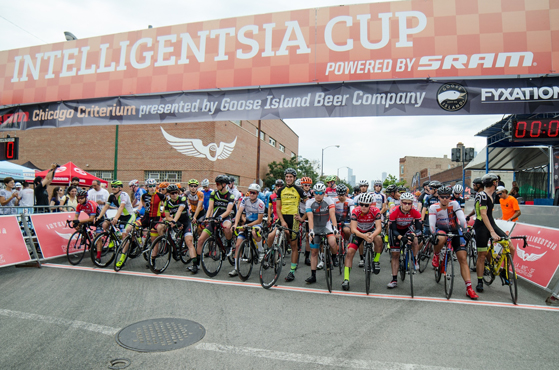 Chicago – February 17, 2016 – The Intelligentsia Cup powered by SRAM bike racing series will now finish with a two-day criterium omnium for the elite categories as a stop on the revamped USA Cycling Pro Road Tour, formerly known as the National Criterium Calendar. The addition of a second race to the prestigious national calendar elevates the series as a whole by increasing the incentive for the top professional and elite teams to attend.

The Chicago venue joins with the Northwestern Medicine Lake Bluff Criterium & Block Party, in its fifth edition and many years itself on the NCC since 2013, to create a two-day omnium format for the professional men’s and women’s categories, adding to the overall omnium for the eight-race series.

“We are extremely excited to bring the USA Cycling Pro Road Tour to Chicago for two days at our Lake Bluff and downtown Chicago venues,” said series partner Tom Schuler. “With the continued support of Intelligentsia Coffee, SRAM and our other great sponsors and city partners we hope to continue and increase the great tradition of bicycle racing in Chicagoland.”

“As the underwriting sponsor of the Intelligentsia Cup which we have seen go from a start up to being a highlight on the national calendar we are tickled to get the Chicago Criterium on the Pro Road Tour calendar, and as part of an omnium on the heals of the already successful Lake Bluff race,” said Doug Zell, Founder and Chairman of Intelligentsia Coffee.

“To have the very best racers in the United States and the world competing in the heart of Chicago against the backdrop of one of the world’s most famous skylines and on the doorstep of our Roasting Works and world headquarters is something we had always hoped for, but never expected to happen so quickly. We really couldn’t be happier to see the speed, intensity and thrill that is the shoulder-to-shoulder style of American criterium racing, on both fixed gear and freewheel bicycles at its highest level.”

About the Intelligentsia Cup