In 2017, our venue in Glen Ellyn hosted a team of amateur racers from their sister city in France, Le Bouscat. In 2018, the club there invited us to send some racers to compete in their club’s home race, as well as a few other events in Bordeaux. Thus, the Intelligentsia Cup composite team was assembled, with a representative cross section of three racers: 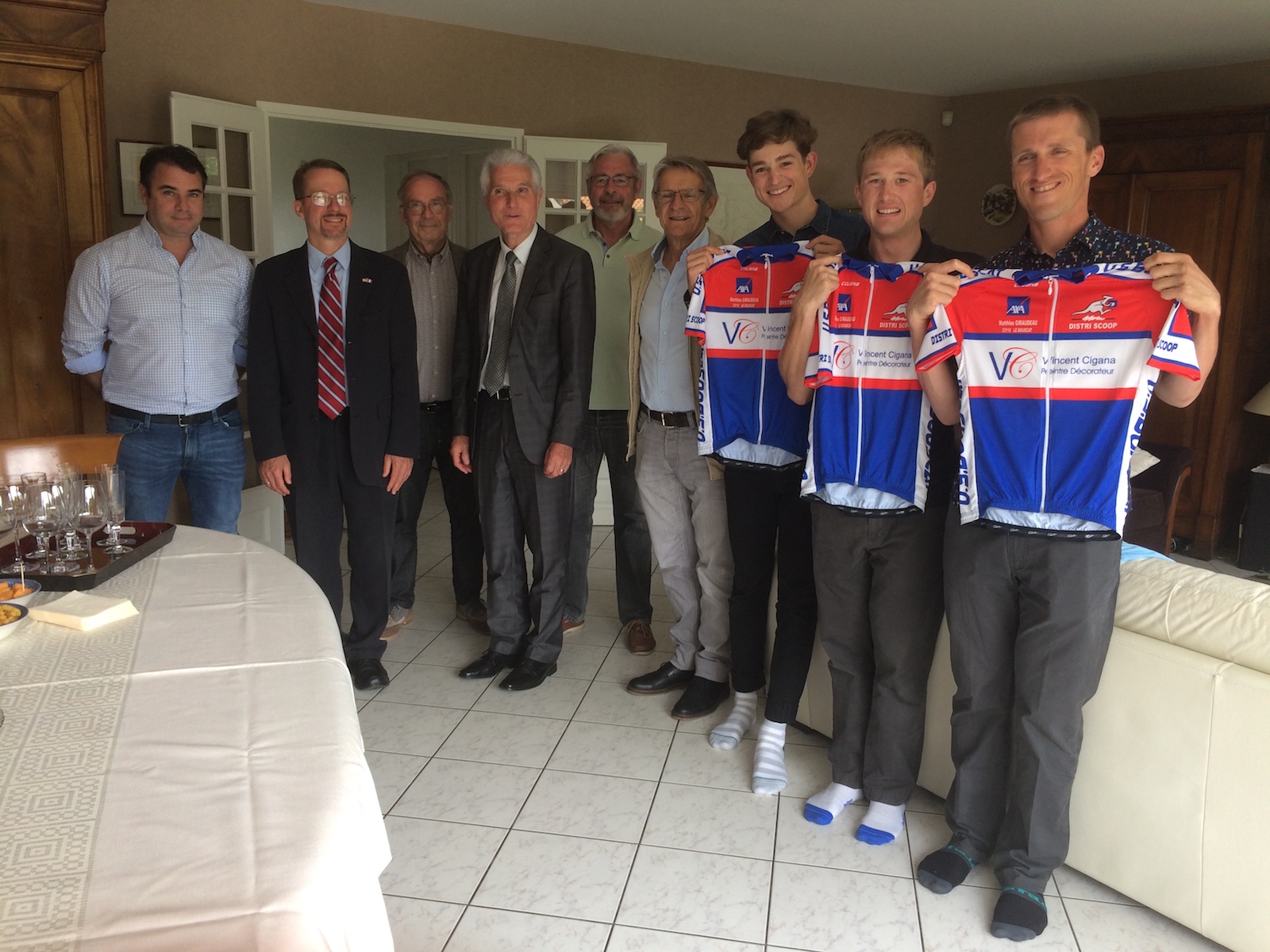 Our intrepid trio headed across the pond with the help of Orucase, loaning their special bike Airport Ninja case that allows you to fly with a bike as regular checked baggage, saving our racers heaps on fees. (Note: We will be giving away a few of these cases as omnium prizes this year!) 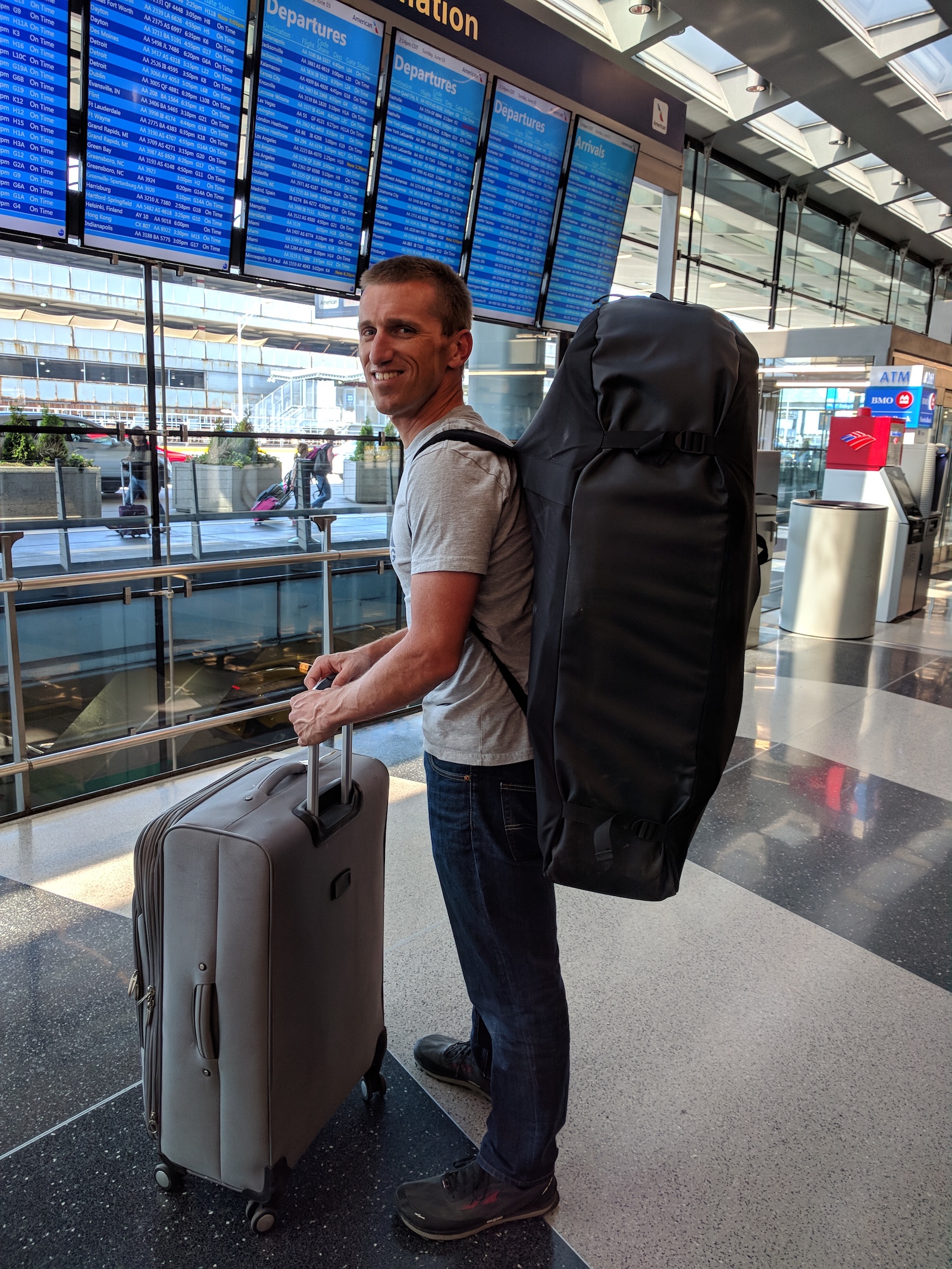 They even got mentioned in the local media.

“In the framework of exchange Franco-American started last year, a delegation from across the Atlantic was present and well present! Besides, it was one of them, Jadon Jaeger who set fire to the powder …”

Here are reports from our racers: 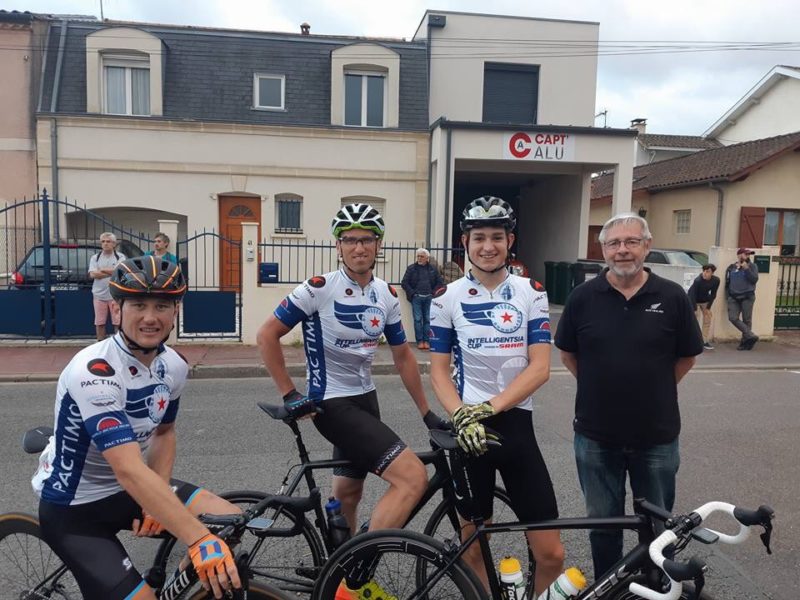 The trip to France was amazing. Having not been to Europe for almost 20 years and having never raced my bike internationally I had no idea what I was getting myself into or what to expect. Not speaking a lick of French besides ‘bon jour,’ I was a little apprehensive but soon after our arrival and meeting with our hosts, Jean-Pierre and his wife Martine, those fears were gone. To say they were excellent hosts would be an gross understatement! They were terrific and treated us like family. They took us to wine chateaus, city festivals, and the Atlantic coast to name just a few. They treated us with amazing home-cooked food for every meal and shared plenty of great stories and funny jokes.

Without them and the hospitality of the entire city of Le Bouscat (including the mayor and his wife, the city councilpersons, and Alain Cigana, president of the US Bouscat Cycling Club and 3-time Tour de France racer) they trip likely wouldn’t have happened and for sure wouldn’t have been as enjoyable and memorable as it was. This is a lifetime experience for me and one that I’ll never forget. 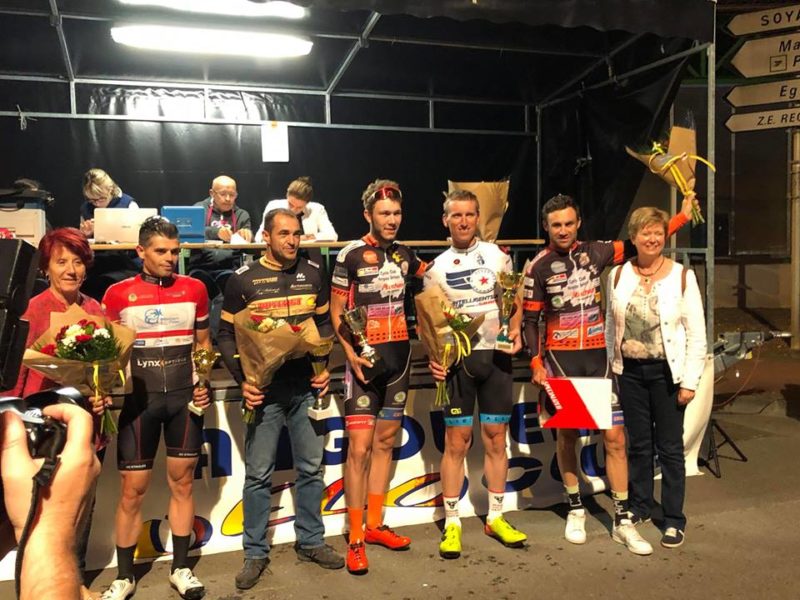 The racing in France that we experienced was some of the hardest races I’ve done. It is full gas from the gun with very little ability to just ‘sit in the pack’ and recover. Everyone is strong and the racers there seem to have just that little kick more to make a hard effort hurt even more. Three of the four races we did had only 1 event, a 1/2/3 race. One race had a juniors, cadet (cat 4/5?), and 1/2/3 races. None of the races had women’s or masters events. The ‘crits’ are longer than what we consider long here, anywhere from 1.5 to 2 hours. We got to experience a flat, rectangular crit, a hilly, triple-switchback climbing crit, and a more technical crit with many turns. The fourth race, a road race, was probably the most similar of the four to corresponding races here in the US.

All were unique and different than American races and provided memorable experiences. Most memorable will just be the narrow European roads, roundabouts, and the amazing scenery (old buildings, architecture, the french countryside, panoramic views). Every now and then I would have to pinch myself as a reminder to just look around during the race and realize where I was at and what I was doing.

Thank you to everyone involved in organizing this amazing trip. I am beyond grateful.

P.S.: I am looking forward though to racing ‘shorter’ 90-minute crits at Intelli Cup!

The trip to Le Bouscat was an unforgettable experience. Our host family welcomed us with open arms and made us feel at home. We got to meet the town mayor, U.S. diplomat, and other prominent government officials. We were treated like rock stars!

The racing was the hardest racing I’ve ever done in my life. It was full gas from the gun and the pace never let up throughout the race. The locations of the races were straight out of a post card and reminded me of the helicopter shots from The Tour. Touring around Bordeaux was super fun. We got to go to the City of Wine museum and learned a lot about wine, which the area is world famous for. We even found a bottle of wine that was priced at over $8,000 USD!

This trip went above and beyond my expectations. The memories and friendships that were made on and off the bike are something I will take with me for the rest of my life. I can’t wait until next year!!